Characterized by straight lines, expansive views, and unique angles, architectural photography is seemingly one of the most rigid genres of photography. However, within a loosely defined set of rules lies one of the more conceptually challenging and technical fields where creativity and personality can truly highlight the world around us. By nature, architectural photography exists mainly within the realm of commission-based, commercial work, but a great deal of charisma and intuition is employed in such imagery to bring light and a subjective take to scenes many people interact with on a daily basis.

Championing this idea of infusing personality into imagery, along with a family background in real estate, is architectural and interior photographer Donna Dotan. Based in New York City and raised in Israel, Dotan’s personal history has been contextualized by her surroundings, which directly influence the photographs she creates. After some refinement during college in Manhattan, Dotan remarks on the transition from her earliest images of the homes of Jerusalem to her current focus on New York. “I knew I loved the images I was creating, but it wasn’t until after college that I decided to take classes at the International Center of Photography in Manhattan. At the time, I was working at the Carlyle Hotel while studying photography at night. During my breaks I was given permission to photograph the gorgeous rooms of the Carlyle. This portfolio of images led to my first gig shooting apartments for sale in New York City.”

The cameras and lenses are in individual cases, which are then padded with rain covers and a sweat shirt or rain jacket. Preferring not to take anything into the game that he’s not going to use for the actual shoot, he unpacks in the car and leaves all the cases there.

And that’s just for football. Baseball and basketball require extensive use of remotes.

For baseball, options include an extra 70-200mm for home plate remote angles and then, instead of using both the 600mm and the 400mm, he’ll probably just cut it down to the 400mm with an extender: “With most of the ball parks on the West Coast, I’m good with the 400mm and maybe an extender if I wanna get tight.”

Basketball, on the other hand, is “remote city, as many as I and my assistant have time to put up, and those depend on the building, like an overhead remote in the Staples Center that’s basically a 400mm straight down, and then behind the backboard is a remote with, usually, a 20mm or a 24mm. [Basically] a lot of wides, a long lens for overhead, and then on the court, I’ll use the 300mm or 400mm for down-court and then the 70-200mm or the 24-70mm for my end.”

A camera’s shutter determines when the camera sensor will be open or closed to incoming light from the camera lens. The shutter speed specifically refers to how long this light is permitted to enter the camera. “Shutter speed” and “exposure time” refer to the same concept, where a faster shutter speed means a shorter exposure time.

A camera’s aperture setting controls the area over which light can pass through your camera lens. It is specified in terms of an f-stop value, which can at times be counterintuitive, because the area of the opening increases as the f-stop decreases. In photographer slang, when someone says they are “stopping down” or “opening up” their lens, they are referring to increasing and decreasing the f-stop value, respectively. 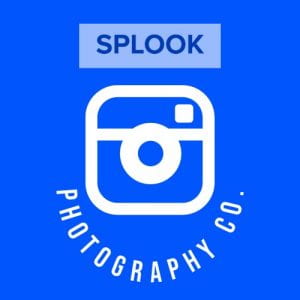